The favorite of downhill and enduro experts.

ADDIX is also available in the Performance version.

ADDIX SPEEDGRIP, the universal compound. It definitely has the widest range of use. Perfect for XC, AM and Trail: for the majority of EVO tires there s a version with ADDIX Speedgrip! It replaces the previous PaceStar compound where a significant, though not the only difference, during extensive use is more mileage and a longer life. 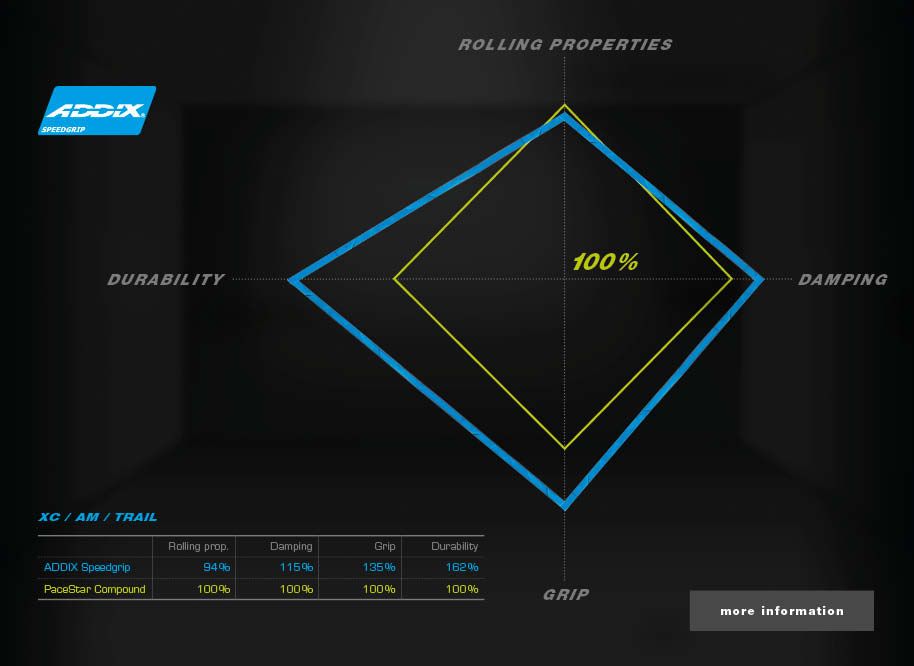